Control an army of Arduino-compatible nodes with a Raspberry Pi and CAN bus.

PiMaster HAT for the Raspberry Pi.

This item is currently out of stock.
Sign up to get notified when this product is back in stock.
Raspberry Pi
CANbus
TweetShareReddit

The Omzlo PiMaster is a HAT (Hardware Attached on Top) providing a gateway between the CAN bus network and a Raspberry Pi, which runs network management software for the NoCAN platform. Combine this HAT with one of more CANZERO nodes to create wired IoT applications for the home and garden.

If you don't know what NoCAN is, please check our presentation here or our successful Kickstarter campaign.

The PiMaster is built around an STM32F042 ARM Cortex M0+ running at 48Mhz. This MCU communicates with the Raspberry Pi through SPI and a few additional GPIOs. It performs three main functions:

A software application called nocand running on the Raspberry Pi uses this gateway to manage the network by performing the following tasks:

As a built-in safety, a smart switch controlled by the MCU will automatically switch off the power distributed to the network if there is too much current drawn (typically above 3A).

The PiMaster will work on any Raspberry Pi with a 40 pin header, including the Pi Zero.

As shown in the picture below, the PiMaster HAT comes as: 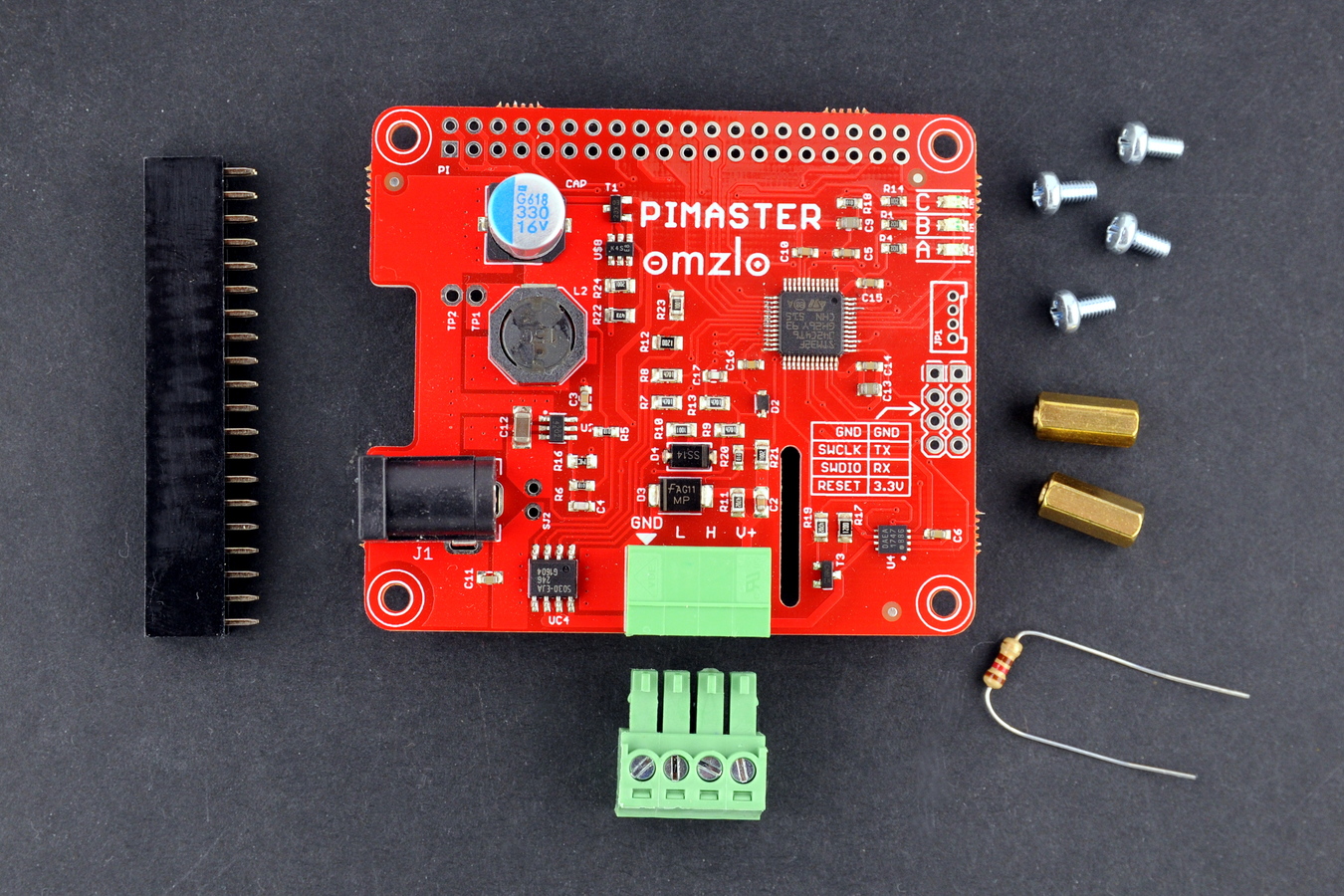 To build a NoCAN network, you will also need one or more CANZERO nodes, a Raspberry Pi, a power supply and some cables/wires. These elements are not included with the PiMaster and need to be purchased separately.

This product is open-source / open-hardware.

For more information about the PiMaster and NoCAN, including schematics and source code, check out our documentation and our detailed installation tutorial.