Please note that this store is currently in vacation mode. All orders received since November 28, 2022 will be shipped after December 07, 2022. by The Half-Baked Maker

Some PC-1246/7 pocket computers suffer from LCD degradation to the point where they are no longer useful. Apparently the seal around the LCD was of poor quality, and over the years moisture gets in and ruins the liquid crystal. The result is a display ranging from a few splotches to complete failure. Or, the LCD might just be broken. 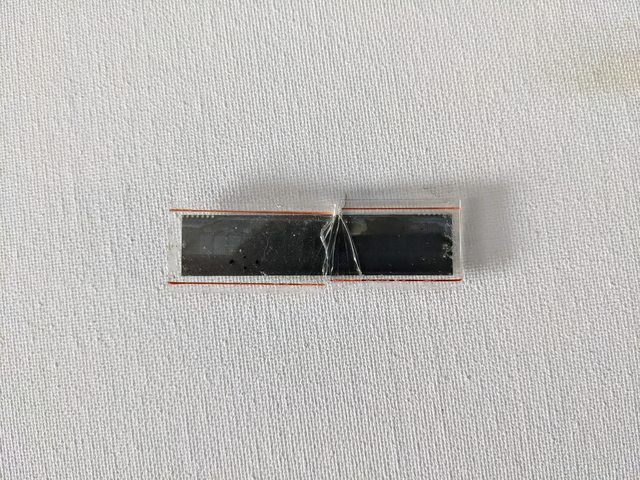 I decided that it was important to bring all these dead PC-1246/7 computers back to life by reverse-engineering the LCD and remanufacturing them.

These LCDs were custom manufactured by Sharp for the PC-1246/7. Replacement LCDs were never available, and finding a working LCD can involve finding another broken PC-1246/7 to strip it for its hopefully working LCD.

I tried as much as possible to make the fonts and positions used for the indicators as identical to the original as possible. 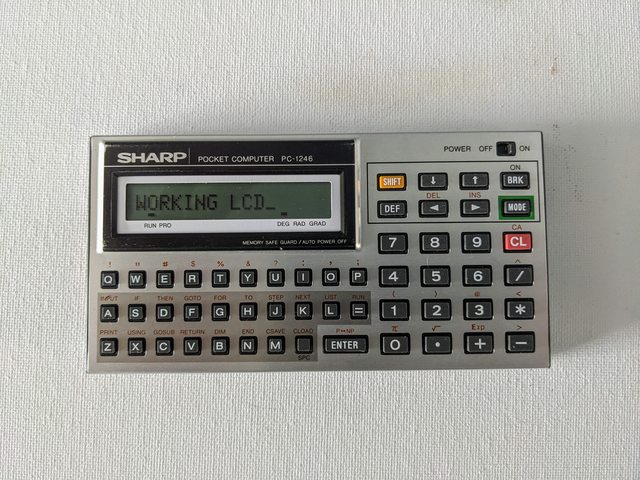 I've made a video showing how to replace one of these LCDs. Please watch the entire video to see what you are getting into, and how to solve various issues. Instead of the acetone used in the video, I've heard about successes by putting the assembly on a hotplate set to 100C for about three minutes -- be very careful that you don't burn yourself!

Remember, even though you replace the LCD, there still might be something wrong with your PC-1246/7, since there is no way to test the machine without a working LCD.

No additional links provided for this product.

I ship via the United States Postal Service, every Monday (US Pacific time) except on USPS holidays, when I ship on the next open day. US destinations usually take a few days after that, UK/EU/JP about 2 weeks, and South and Central American destinations can take up to 6 weeks.

Morgan Hill, California, United States
3 orders since Nov 14, 2022
0 reviews
I make all kinds of stuff. Sometimes the stuff can be useful to others. It's always Open Hardware, but I make some for sale if you want.